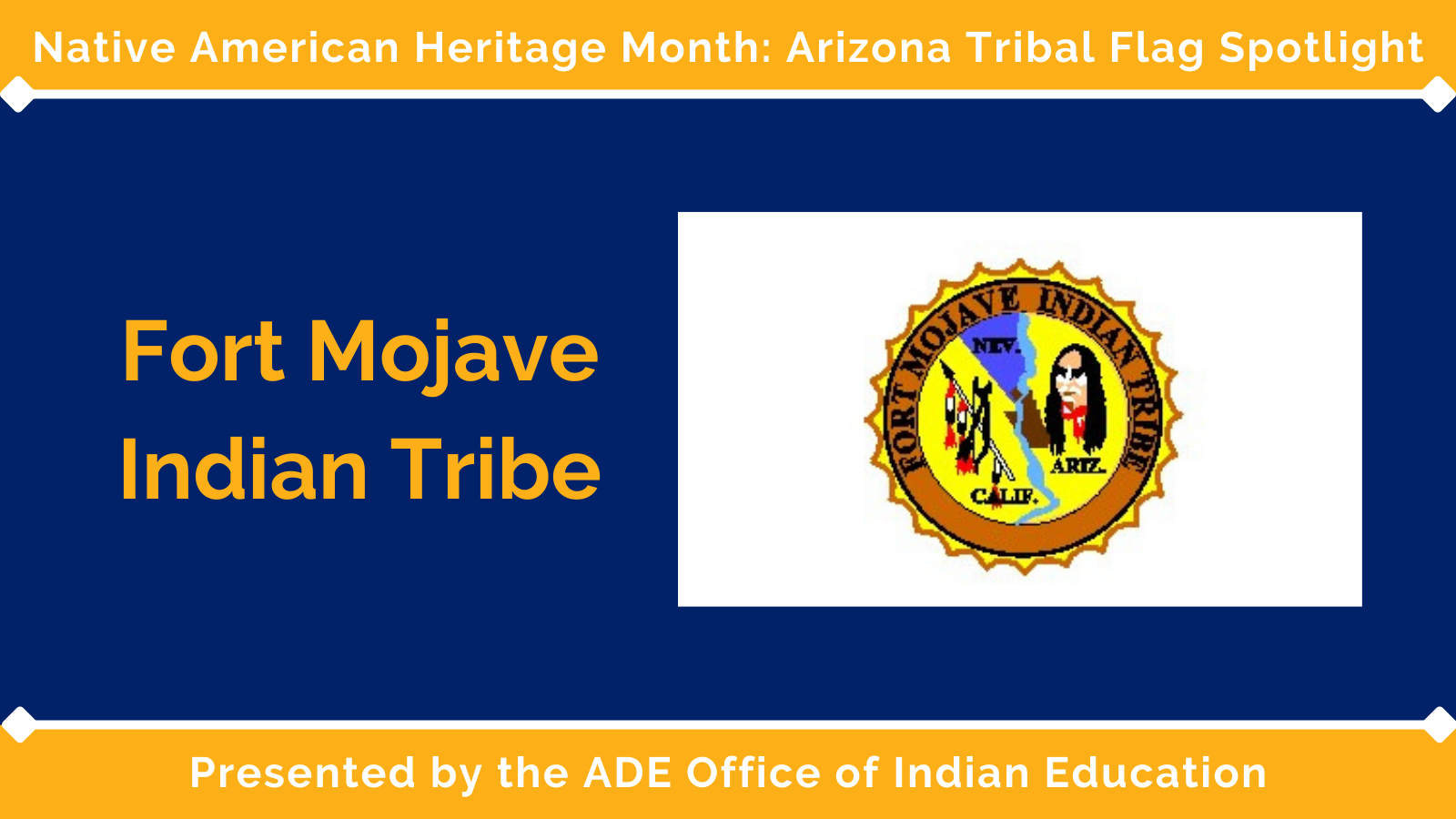 The Mojave first encountered the Spanish (under Hernando de Alarcón) as early as 1540 (ENAT, 143-144). The Mojave flag was inspired by this early and lengthy contact with the Spanish. It is white with a blue fringe that forms a specific element. On most flags, the fringe is simply decorative, while on the Mojave flag the combination of white cloth and blue fringe recalls the blue and white beads the Spanish traded with the Mojave.

Centered on the flag is the circular tribal seal, with peaked yellow scallops around the outer edge signifying the sun, so dominant in the life of a desert people. Within the sun, on a brown ring, is "FORT MOJAVE INDIAN TRIBE" in black. Within the ring, a reservation map shows the three states and the Colorado River: California (the Golden State) in yellow, Arizona (the Copper State) in a brownish-orange, and Nevada (the Silver State) in blue. The states are labeled in black: "CALIF.", "ARIZ.", and "NEV." The Colorado River is light blue. At the junction of the three states lies the reservation, in dark brown. At left (on California) is a decorated lance, a bow, and an arrow, all in natural colors. At right, (on Arizona) is the head of a Mojave warrior in natural colors.