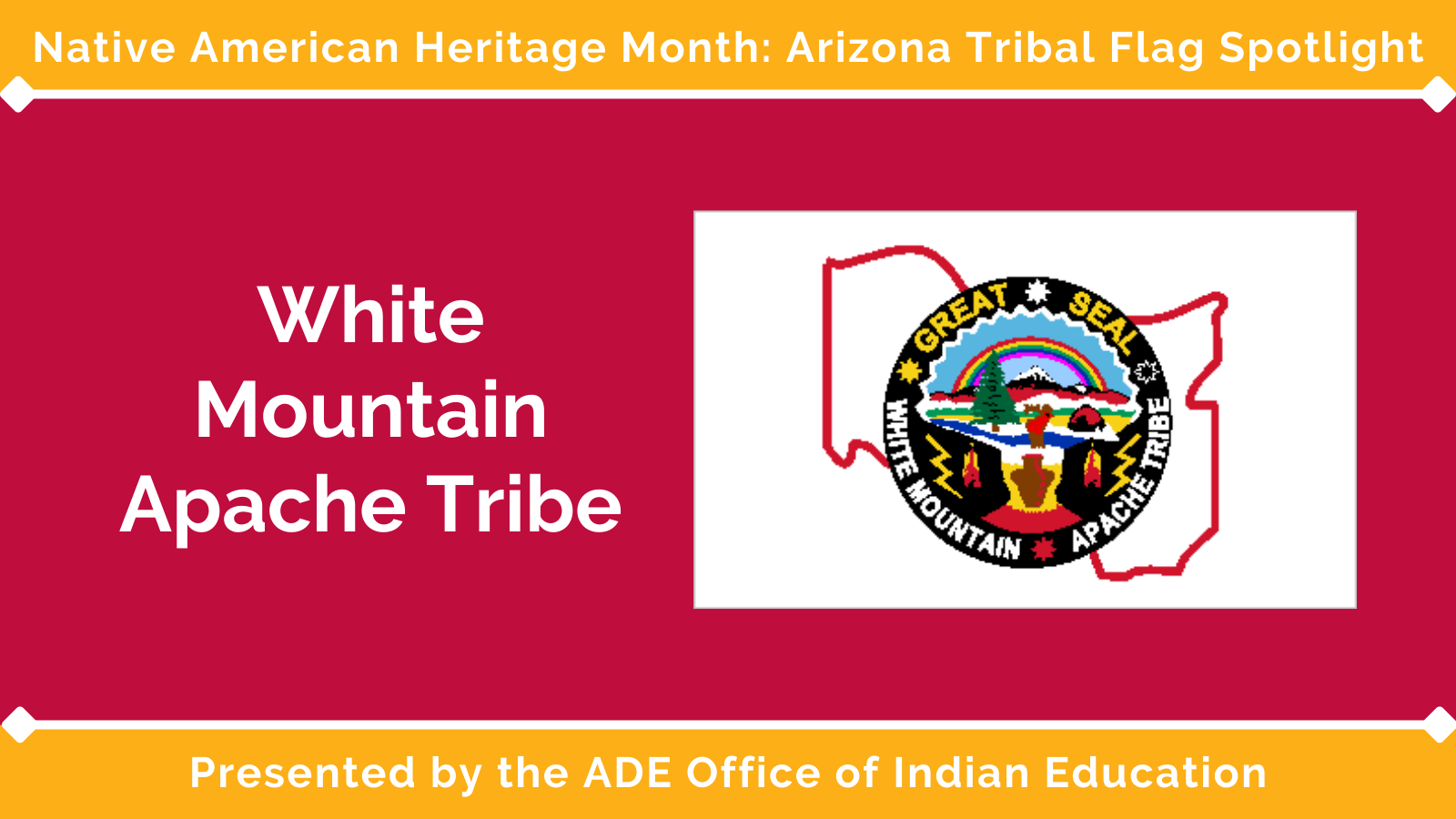 The universe, spanning an eternity of darkness to the beginning of time is where the Creator of Life gave light and breach to the White Mountain Apaches.

The universe became the background for colorful creations of life. Apaches have been guided since time immemorable by these sacred symbols given by the Creator.

The Creator of the Apaches has bless them with a beautiful way of life symbolized by the life-sustaining waters flowing from the melting snows of the White Mountain - a mountain of Sacredness. Its' ridges abound with deer and elk and many animals small and large which have been provided for the Apaches to hunt.

The rainbow brilliantly ovals the crest of the White Mountains adding a crown to the beauty of the land...the rainbow is a symbol of peace. The tree symbolizes the predominant forests growing on the White Mountain Apache lands; a resource that is providing a livelihood for Apaches today.

The wicki-up is an ancient and unique Apache habitat; as is the tus (pronounced toose), a water container made from native reeds and coated with pitch from the pinon trees - only the Apaches have maintained the ancient craft in the making of the tus.

The four Sacred colors, black, blue, yellow, and white have guided the Apaches in their prayers to the Great Creator - from the universe to the creations; from night to daylight.

The mountain spirits have taught the Apaches to perform the Apache Crown Dance as a means of curing. The crown headdress is be-decked with eagle feathers; the teacher that flew the highest in the Heavens.

The signs of lightning are sacred symbols of the Apaches which are placed on the bodies of the Apache Crown Dancers who are instructed by the mysterious mountain spirits to perform healing rituals for the Apaches. The crown dance is authentically performed today.

The White Mountain Apaches have existed throughout centuries with great strength and integrity inhabiting the beautiful land; through severe winter storms, through turbulent summer rains, through the autumn frosts, guided by the Great Spirit, their Creator, who Blessed his creatures that they can enjoy the spring of life - that is the beauty of life.